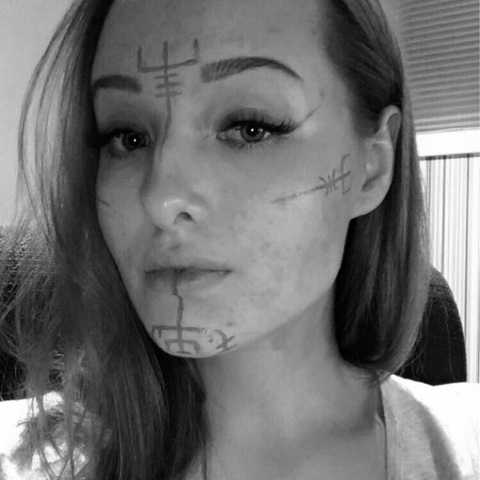 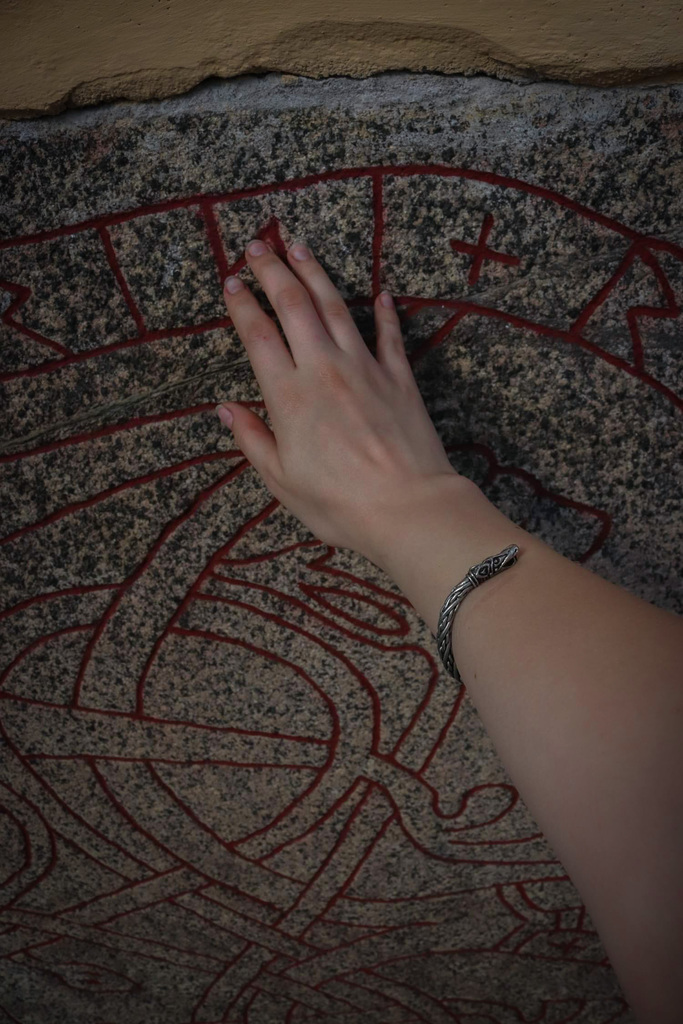 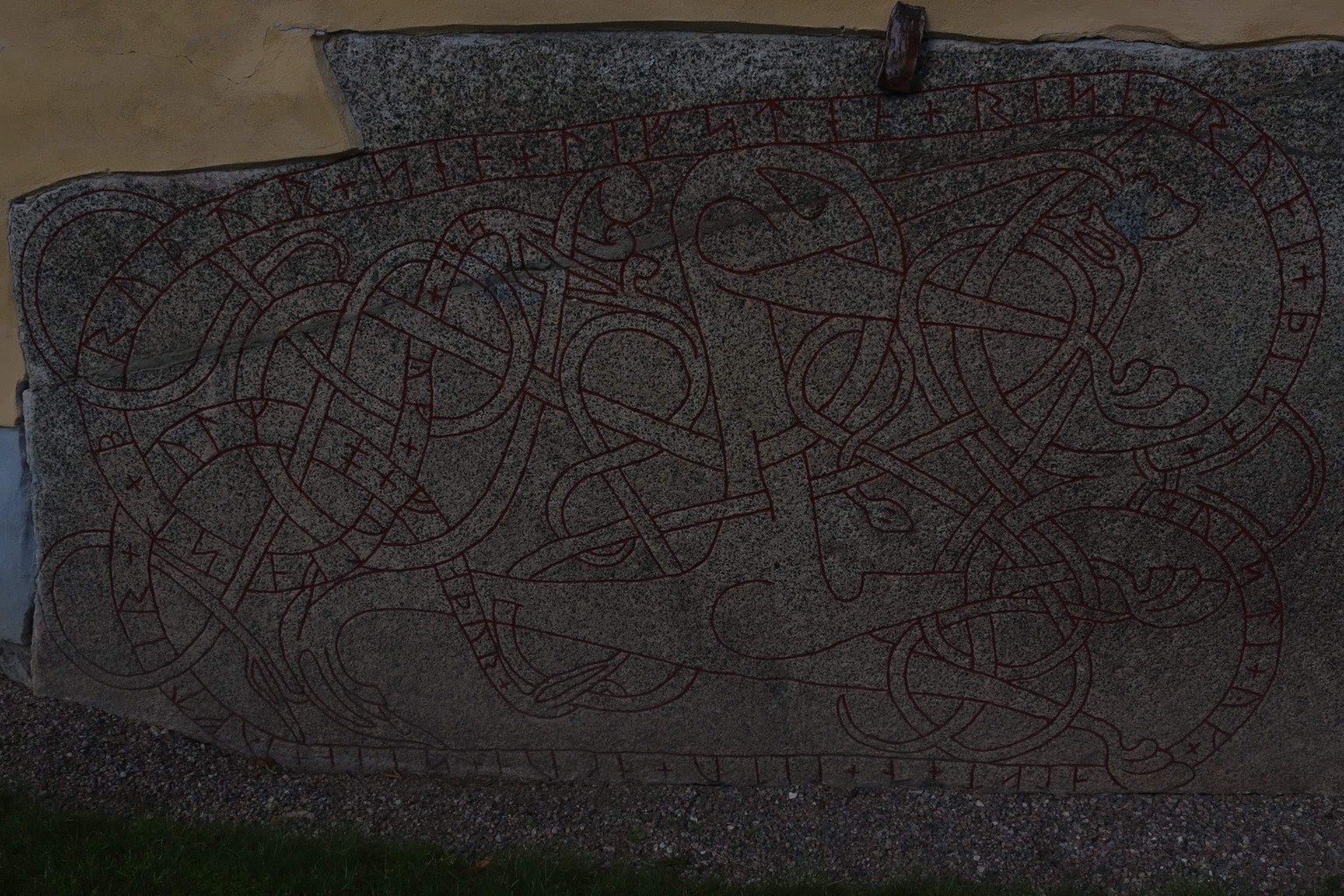 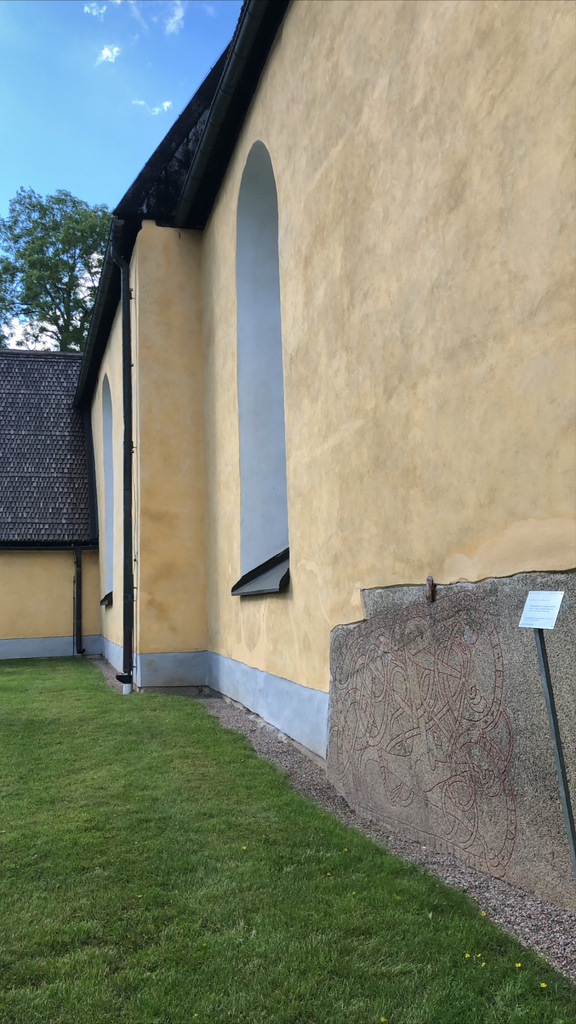 Went to visit a runestone in my hometown today, have not seen it before and i was stunned by its beauty! In my opinion urnes style is the most beautiful in carvings!
The stone dates back to around year 1000. It was carved by Livsten and was raised north of the town Sala in Sweden.
The stone is 4 meters high and was put down on the side when they decided to put up a church in the area. The stone is now built into the curch and is partly buried in the ground. It cannot be taken out and risen again because it could damage both the stone and the old church its built into.
On the stone it says:
”Visäte och Halvdan läto hugga stenen efter Holme, sin fader, och efter Holmfast, sin broder. Livsten ristade dessa runor”
Which is poorly translated by me to:
”Visäte and Halvdan let carve the stone after Holme, his father, and after Holmfast, his brother. Livsten carved these runes”

Beautiful stone and church, definetly worth a visit! 🖤

@JGerhardsen Indeed they are! That would be awsome if u did! 😄 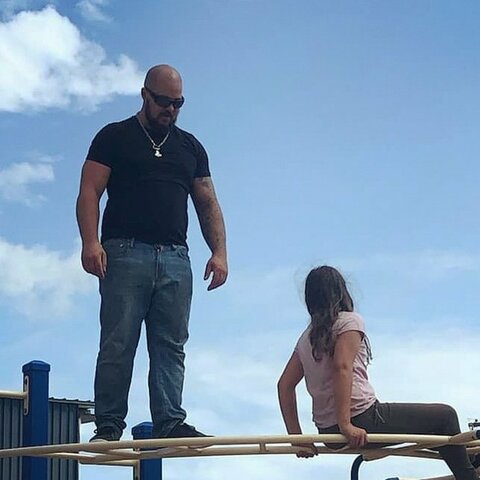 these stones are so amazing. I've been giving serious thought into carving a replica for my yard when I finish the our renovations and get to work on landscaping. 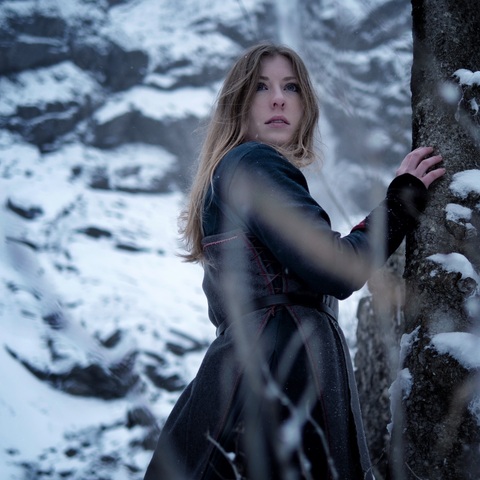 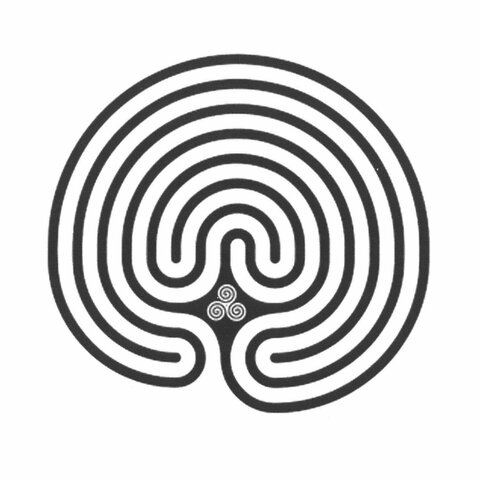 Interesting I have village here in Norfolk... Holme-Next-The-Sea.