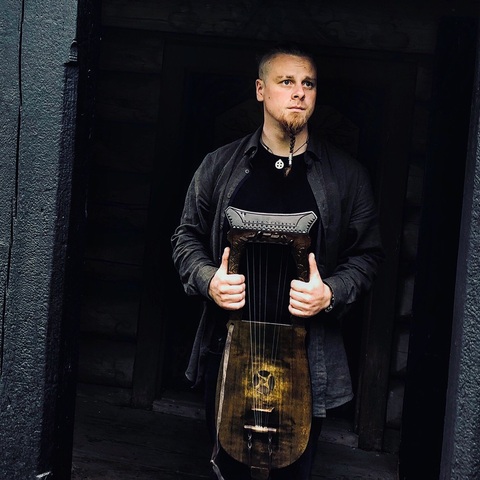 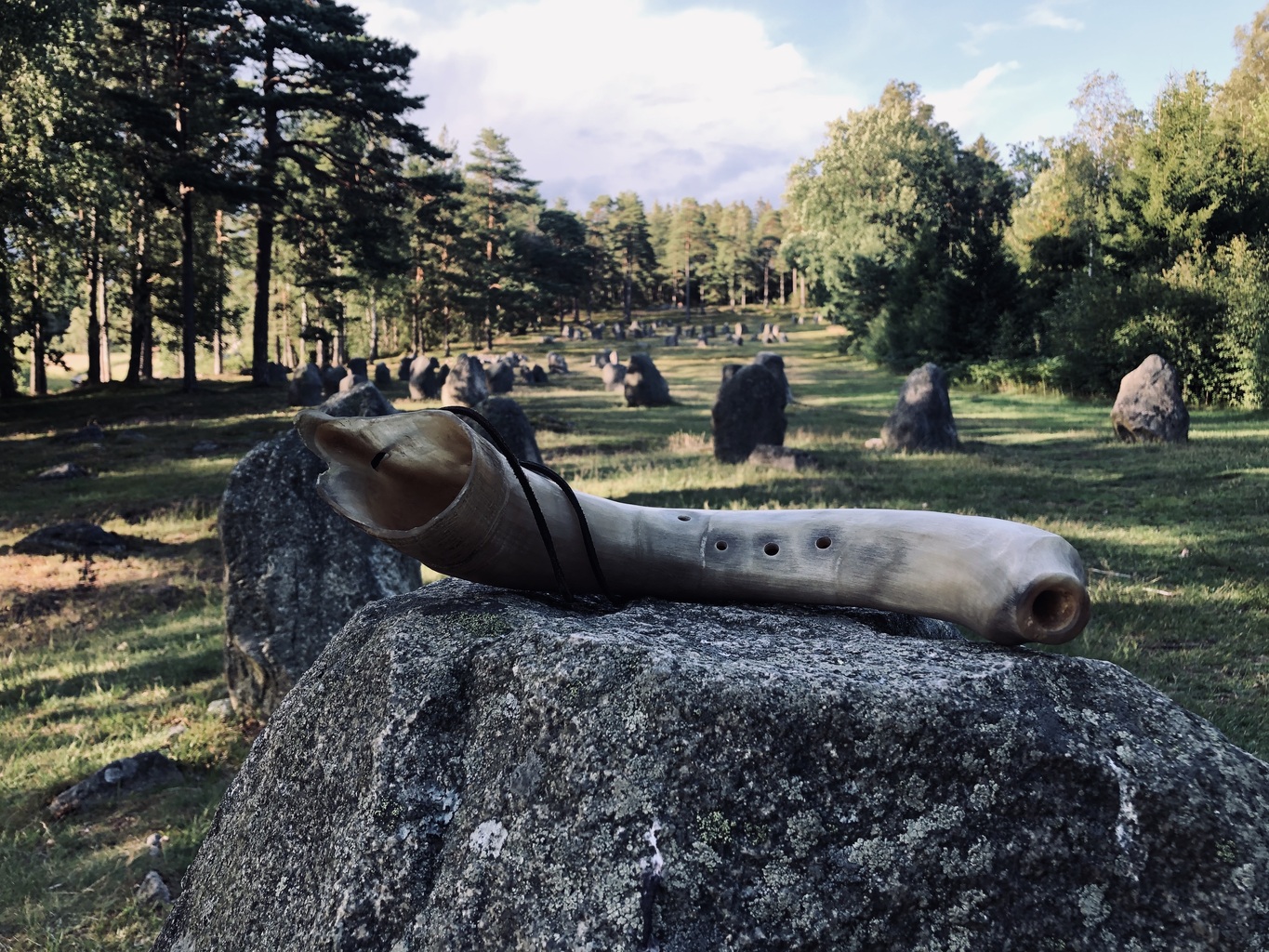 «A bukkehorn (Norwegian) or bockhorn (Swedish), also called ″Billy Goat Horn″ in English, is an ancient Scandinavian musical instrument, made from the horn of a ram or a goat. The horn is usually made from a goat horn harvested 5 to 7 years before the instrument is crafted. It was traditionally used by shepherds and milkmaids on summer dairy farms in the mountains, as a signal-instrument or as a scaring instrument. It is most commonly played by buzzing one's lips against the mouthpiece, but versions with a single reed similar to that of a clarinet also exist.»